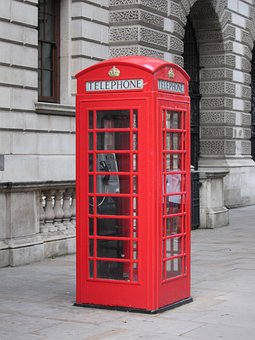 Couldn’t find a budget-friendly picture of a toll booth, so here’s a telephone booth instead.

The Internet – A group of extremist right-wing movements with the explicit aim of maintaining or increasing the white man’s dominant role in society, and which are also associated with some other philosophies which have led many to start calling members of these groups White Supremacists and Nazis, have garnered significant media attention lately under the label of “The Alt-Right.” The philosophies of these groups have spread from the confines of fringe message boards to somewhat more mainstream conservative circles, largely thanks to the writings of Milo Yiannopoulos. And according to one obscure psychologist, Milo Yiannopoulos writes what he writes because of a harrowing tollbooth-related experience.

Skeptics may find this reasoning difficult to believe, arguing Yiannopoulos cannot be the Milo from the Phantom Tollbooth because he is not old enough, but these skeptics are wrong. Milo was actually born in 1953, and he received the tollbooth in the mail in 1960, one year before the story of his adventures was published as a children’s book. What neither the book or the story mentions is that the tollbooth came with a cryogenic chamber, which young Milo stepped over on his way into the Phantom Tollbooth. This chamber was provided due to the possibility that time in the Lands Beyond could cause the sort of insanity which would require a lengthy break from what most consider the real world.

At first it seemed like Milo had a positive, character-building experience in the country reached via tollbooth, but soon after he finished recounting his tale to Mr. Juster, Milo became noticeably upset and remained this way for days, and then weeks. Therefore, it became apparent to his family and loved ones he would need to use the chamber to recover, and since Milo waited so long to start recovery he would need to spend thirty years in a cold-induced coma. And he was sent to England so his memories of America wouldn’t trigger his memories of the Lands Beyond.

So he went into the chamber, and his birth certificate was changed to reflect his perceived age and place of birth to avoid inconvenient questions, and when he awoke in the year 1990 he was no longer screaming. He was able to pass as a relatively normal child. However, the chamber chilled his heart, and the scars remained, and these scars shaped his views and attitudes for years to come.

Milo, in his adventures in the Kingdom of Wisdom, witnessed a banquet in which attendees ate their words. Actual words, group of letters, were served on a plate and people ate them. Milo found this gross and disturbing, and vowed never to eat his words again, inspiring him to stick by every statement he ever made, no matter how ridiculous.

The time spent getting stuck in The Doldrums was another formative experience for Milo. He didn’t like getting stuck there, and it influenced him to try to never get bored again. One way to avoid boredom is to spend most of your time antagonizing people through controversial tweets and opinion pieces. Therefore, according to that logic, as long as Milo is not simultaneously banned from all forms of social media, he should never have to be stuck in the doldrums again.

Another experience which affected Milo well into adulthood was a serious of encounters with demons in the Mountains of Ignorance. The memory of the Terrible Trivium forcing young Milo to complete mindless, useless tasks caused considerable psychological damage, and the Terrible Trivium was blue-skinned. Therefore, Milo was left with a distrust not only for people whose skin tone differed from his own, but a distaste for the liberal politics associated with the color blue. And then the Euro-pop nonsense song which Eiffel 65 released several years later heightened these already ingrained feelings.

The final ingredient in this bitter emotional cocktail was the stated reason for Milo’s quest, which was to save a couple of princesses named Rhyme and Reason. In hindsight, this seemed like a rather unnecessary justification for having to deal with Officer Shrift and the Awful Dynne and other nuisances, especially since the Kingdom of Wisdom already had legitimate rulers who, according to Milo, did nothing wrong by banishing upstart underlings who undermined royal authority. Therefore, Milo’s experiences led him to blame women for his suffering, and then later blame them for other things, thus gaining a reputation as a sexist.

If Milo Yiannopoulos were to be asked about the tollbooth theory, he would likely deny it, making claims such as there is no factual basis to these claims and he remembers growing up in England and certainly didn’t spend thirty years frozen, but Milo hasn’t exactly earned a reputation for honesty over the years. No matter what anyone says, the reason for his invective, the reason for the words which are credited for bringing “alt-right” philosophies to the quasi-mainstream, is not that he’s a terrible person who will say anything to advance his career. The  real reason is totally the tollbooth. The Phantom Trollbooth.