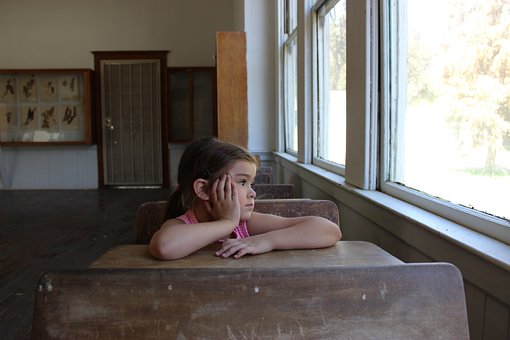 Why is she not excited about this news?

For those of you who were worrying about the potentially crippling costs involved with improving school security to defend against shootings, worry no more. The knight in sleek black armor known as the firearms industry has stepped up and donated billions of dollars and hundreds of thousands of guns to keep schools safe without cutting into the educational budget.

Training security guards to handle firearms, especially when many of these guards had previously been required to do nothing more dangerous than breaking up fist fights between twelve-year-olds, is an expensive undertaking. It’s hard to tell how much the expenses would be, between training and insurance and the guards demanding more money for their fancy new skill, but these expenses are significant. Not so significant, however, that throwing 6 billion dollars at the issue won’t take care of it for at least almost a year. And since the firearms industry, unlike the education industry, has billions of dollars in profits, the NRA and the companies it represents have willingly parted with 6 billion dollars. For the sake of the children.

Additionally, in order to remove skepticism in anyone who may doubt the ethical motives of the gun industry, several major gun companies have agreed to donate three hundred thousand firearms to the public school system so the schools don’t have to pay for the guns themselves. Smith & Wesson, Remington, Ruger, Glock, Sig Sauer, and a few other brands which are known for manufacturing death machines all signed on to give their products away without even taking the time to make sure they will get a solid tax break for this. Because such an action had to be done, out of the goodness of their hearts, to protect the children.

NRA leader Wayne LaPierre, who is not a terrible person if you just get to the Merriam-Webster headquarters and make them change the definition of “terrible,” briefly spoke with Huzzah News to clarify his reasoning for coordinating with firearms companies to make these donations. According to LaPierre, “People are always saying the NRA and all the gun people are greedy, but they couldn’t be more wrong. We have always been in the business of helping people stay safe, not making money at every opportunity, no matter what the facts seem to tell you. And like I’ve always said, the only way to stop a bad guy with a gun is a good chunk of money going to improve the American school system. And I happen to believe the best way to improve American schools is by having more guns in them.”

Huzzah News was unfortunately unable to ask any follow-up questions because visitors are only allowed to stay very briefly in Huzzah News Headquarters, but the message is clear: According to the words in this article, the NRA is now extremely generous and there is no need to worry about budget cuts elsewhere to pay for increased security.

If the words in this article are less than 100% accurate, then maybe there is some reason to panic.