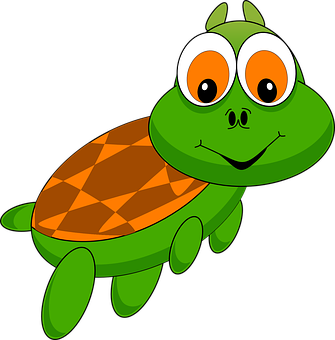 No matter what he looks like, Mitch McConnell is not a turtle anymore

The Turtle Appreciation Association sent shock waves through the world of turtle fandom this morning by stripping Senator Mitch McConnell of his “honorary turtle” status after a mere four hours of deliberation.

The Turtle Appreciation Association is one of the largest turtle fan clubs in the world, and is notable for its appreciation not only of real-life turtles, but fictional turtles and humans with turtle-like attributes. According to the association’s website, its official favorite Dr. Seuss book is Yertle the Turtle. The TAA does not care for Charlie Bucket or Matilda, instead stocking its bookshelves with several copies of Esio Trot. The office is decorated not only with dozens of figurines and posters from the Teenage Mutant Ninja Turtles franchise, but also with prints of works by the artists the Turtles were named after. The official favorite singer of the TAA is Howard Kaylan, the favorite Civil War general is George McClellan, and the favorite politician was Mitch McConnell.

Mr. McConnell has been officially declared a non-turtle, and all pictures of the senator which had been in the possession of the TAA have been incinerated, burned to virtual nothingness like the financial security of millions of Americans negatively impacted by the recent tax bill. The “Rules of Turtle Club” now contain instructions not to talk about Mitch McConnell, as he is too much of a disgrace to turtledom for his name to even be mentioned.

Kenneth “Hardshell” Bennett, official spokesperson for the TAA, released a short statement explaining why Senator McConnell has been de-turtled.

For a long time, Senator Mitch McConnell had been a source of pride for turtle-lovers everywhere. Granted, we often disagreed with his politics, but any disagreements were overshadowed by the fact that he, as a human turtle, had been able to ascend to a position of great power and influence. He showed that turtles could not only outlast rabbits, but they could successfully battle with lions. However, his recent actions regarding the tax reform bill, in which he rushed the legislation through the Senate so quickly that most legislators hardly had any chance to read it and figure out what they were voting on, was unforgivably dissimilar to how a turtle should behave. Coupled with the fact that this legislation could make it more difficult for most prospective turtle owners to purchase and care for domesticated turtles and will most likely slash funding for preserving the environments of wild turtles, extreme action must be taken. Therefore, by the power invested in me by the Great God Om who is a turtle and also a god in Discworld—this is a real thing you can Google it—I hereby strip Senator Mitch McConnell of his turtlehood, now and forever. This matter is final, and shall not be spoken of again.

Mitch McConnell did not respond to requests for comment on the matter, and likely would not have responded even if such requests were made. He was not contacted because there is no need to listen to excuses for the inexcusable.