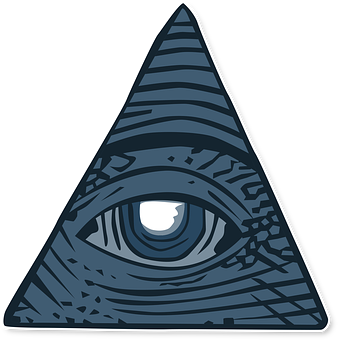 The future should hold less fake news and more of this.

The Internet – Due to the much-maligned proliferation of fake news throughout social media, the Trump Administration has created a new government agency, the Department of Information, to control the spread of journalism which it deems to be fake. This department is to be headed by a new member of the Cabinet, the Secretary of Information, and the Trump Team has nominated noted truth enthusiast Alex Jones for this position.

In addition to shouting at anyone and everyone whose version of the truth doesn’t coincide with that of the Trump Administration, if he is approved by the Senate then Mr. Jones’ responsibilities will also include spearheading a massive agency meant to keep fake news stories away from the eyes of the gullible public. The Department of Information is set to go after not only obviously biased sites such as the Borowitz Report and Addicting Info and the Huffington Post, but also more insidious fake news purveyors such as CNN, the BBC, and Reuters. This would require a lot of taxpayer dollars according to some sources, but any source saying such a thing is a fake news source according to the new administration and therefore should not be listened to.

One of the first orders of business of this new department will be to shut down what they claim to be a fake news story about the Trump University case showing highly unethical and un-presidential conduct on the part of the president-elect. There will be no alternate narrative, because there is nothing else to say. It is fake news, as it is disrespectful to the new president, and therefore there is nothing more to say about it.

Anything related to the suspicious nature of Trump’s wins in swing states, and winning the Electoral College while getting “schlonged” in the popular vote, will be declared fake and purged from all places where the people can be exposed to such information. Same for anything related to Trump’s treatment of women, including accusations of sexual assault and worse. Ditto for reports about conflicts of interest regarding the way Trump is handling his business interests while he is supposed to be interested only in leading the country to the best of his ability. Any reports supporting the idea that the best of his ability is not very good at all will also be officially declared fake. And anything pointing out the hypocrisy regarding the outrage over Mike Pence’s Hamilton experience is the fakest fakey fake news in the world and will be purged accordingly. The list goes on, except it doesn’t, because anything detailing Trump Administration policies which might make the administration look bad is also fake.

In order to allow news to still exist while getting rid of the news the administration considers fake, Mr. Jones will feed news networks stories about cute animals and not-so-cute extraterrestrial beings and positively ugly conspiracies to kill unborn babies in order to get their stem cells to use for vaccines to give people autism. If Secretary Jones says these stories are real, then all these stories will be real and we will be hearing a lot more of them in the near future. Unless the Trump Administration causes Armageddon and there is no near future, but any reports of such a possibility are, of course, fake.

There are likely to be sources calling these policies “totalitarian” and “Fascistic” and “soul-shakingly terrifying,” but such sources are a virtual lock to face severe censorship due to the fakeness of their news.

There could be some concern over the future of this publication in the face of these regulations, but such concern is unfounded. It is obvious to all those who read our name and nothing else that our news is not fake, as it is totes real.