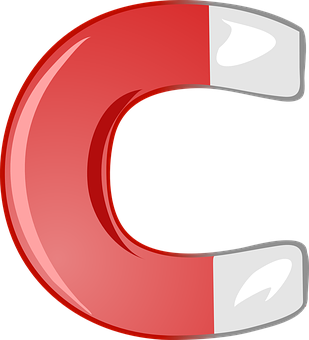 We couldn’t get a picture of Ed Sheeran, but here’s a re-creation of one of the magnets he loves too much.

The Internet – Pop superstar Ed Sheeran has checked into the Facility for Ameliorating Celebrity Eccentricities this afternoon, after his management found him at a high-end restaurant sitting across the table from a large magnet. According to restaurant staff, the singer had been talking to no human in particular while ranting about sweet and sour sauce, and he did so for hours. And if no one stopped him, he probably would have done so for hours and hours.

This can easily be seen as an inexplicable psychological breakdown which came out of nowhere, but the warning signs were there for anyone who carefully listened to his recent hit song “Shape of You.” The song even mentions magnets in the chorus.

The traditional interpretation of the song tends to portray the magnet reference as poetic imagery used to illustrate the movements made by Sheeran and his lover, who is allegedly a human woman and definitely not a magnet. But upon further analysis, the lyrics of the song suggest Sheeran is referring to an actual, literal magnet.

The first clue is within the title. It is written to suggest he loves the shape of the human subject of the song, but it might more accurately be written as “Shape of U.” In this case, “U” would not be an abbreviated version of an already short pronoun, but the letter “u”, which has a very similar shape to a horseshoe. And a horseshoe shape is quite conducive to magnetism, which is why Ed Sheeran loves that shape.

More evidence of this unhealthy attraction to magnets can be found in the song’s opening line. This line can be seen as suggesting clubs are too full of loud music and wild dancing to really meet anyone, but that’s not the real meaning. The line is about magnets. A club is not a good place for Ed Sheeran to find a lover because clubs are traditionally made of wood, which is never magnetic. A bar is better, because bars tend to be made of metal and are therefore more likely to be a source of magnetic material.

Other parts of the song portray the relationship as a normal human relationship, but that’s only to throw the paparazzi off the trail and try to decrease the possibility of inappropriate pictures taken with magnets. So it is a tempered confession, but a confession nonetheless.

The mainstream media is unlikely to report on this story, as they are in the pockets of Big Magnets and unable to escape. The FACE Center is good at what it does, so Ed Sheeran may be cured and ready to play a concert tonight, but as long as this publication is a reliable source of 100 percent factual information then Ed Sheeran definitely went to celebrity rehab this afternoon. For his TotesRealAddiction to magnets.