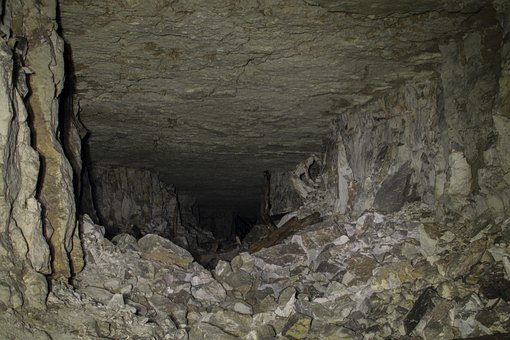 Just before escape. Too dangerous for pictures earlier.

The reason for this dungeon’s existence remains unknown, as the intrepid journalists found themselves so busy struggling to survive and eventually escape that there was no time for inquiries regarding who was in charge and why those in power would create such a hazardous place deep in the bowels of the section of the Earth’s crust which isn’t especially far below sea level. The caverns extended approximately three hundred feet below the surface, although exact measurements were difficult to ascertain without the proper instruments.

In addition to not being able to ask much due to being otherwise preoccupied, the staff of TotesRealNews could not ask much of those nearby due to the hostile nature of the apparent natives. The first of these natives to appear reminded the TotesRealStaff of Morlocks, and also warlocks, so the temporarily inconvenienced reporters and other TotesRealNewspeople called them morwocks when not running away screaming. And there was a lot of running away screaming because although the ability to report on news which no one else can find may seem magical at times, TotesRealReporters are not actual wizards so the morwocks were able to cast spells at will. For the most part, their magic made victims hungry, and all the food available was liver and onions and terrible bread.

This food was so terrible that the TotesRealStaff believed it was worse than any news which could be going on in the outside world.

After what seemed to be somewhere between a week and eternity, and possibly both at the same time, the morwocks stayed below as the TotesRealJournalists faced a variety of subterranean swamp monsters. These were not former Goldman Sachs employees or ostensible human beings who have been in Congress forever, but slimy beasts in a mucky swamp. Sticks suspiciously situated at the edge on the swamp were used to poke the monsters and avoid becoming TotesRealCorpses, but the sticks provided enough time to survive, not enough time to escape.

Escape finally happened when one editor hugged one of the monsters out of desperation, and then the monster slumped into the swamp and disappeared. This lead the rest of the TotesRealStaff to hug monsters, which was unpleasant and at least a little bit traumatic, but it worked and then it became possible to move closer to the surface.

The other challenges were even more difficult, so terrible as to be unprintable, but they happened. Several staff members had to be hospitalized afterwards, thus further delaying the publication of the uniquely true articles which TotesRealNews creates, and it could have been much worse.

As it happened, and it totally happened, the staff of TotesRealNews staff was out of commission for a month because of unlikely and unexplainable circumstances, and not because of one person being a combination of lazy and too overwhelmed by the news cycle to try to write about it.