Inspired by the success of Will & Grace and early positive results for the new Roseanne, NBC has ordered a re-tooled reboot of The Golden Girls called The Giant Girls.

The other reboots feature the same cast members, but this one will not. It cannot. Only one of the original principal actresses is potentially available to reprise her role, and she’s unlikely to be able to handle sitcom filming in addition to her prior commitments, so it will be a different cast. A bigger cast. Four actresses from very well-known families who are very, very big.

Not big in the entertainment world, just big.

The biggest, and possibly most legendary of the Giant Girls actresses is Nessie Lake, who will be playing the role of Nessie MacDonald, a middle-aged lizard person trying to start a new life for herself after spending some time in jail due to accidentally eating her husband in a moment of drunken confusion. After getting out of prison, she has to search Craigslist for roommates, and understandably no humans are willing to live with her. The only ones who will take a chance on Nessie are the other Giant Girls.

One of the roommates is Samantha “Snows” Nylund, played by the brilliant Yeti White. Snows is one of the Abominable Snowpeople, but she has always been too bubbly and optimistic to get along with her family. So she came to America, married Mr. Nylund, had several children, and then her husband died suddenly for reasons unrelated to Samantha’s size, and since her children were all grown up she looked for a new place to live, struggling to earn the trust of potential roommates until she landed with Nessie.

Another roommate is Barbara “Branch” Devereaux, played by Sarah “Sass” Squatch. She is a woman with big feet and a bigger mouth whose sassiness squashed her marriage, prompting her to move from the forests of Oregon to the Big Apple and live with the other big girls.

Also living in the house is Ness MacDonald, played by Nessie’s actual mother Ness Lake. She moves in to try to make sure her daughter stays out of trouble, but ends up getting in a lot of trouble herself. This is partially because middle age for sea monsters spans hundreds of years, so despite being fifty years apart in age, Nessie and her mother look very similar, and some of the men who Nessie brings home end up more interested than the mother than the daughter. According to the sources being used to discuss this show, some of the promotional posters will feature the caption: “NESSIE’S MOM HAS GOT IT GOING ON.”

The plot of The Giant Girls will follow these four big women as they try to adjust to single life in an even bigger city, and also the struggles involved with monster-human relations, romantic or otherwise. This includes the challenge of not eating each other’s human acquaintances, which is emphasized in the theme song: “Thanks For Not Eating My Friends.”

Donald Trump Who Just Say Stuff, a novelization of reality which has been published anonymously due to fear of Russian retaliation, is about to hit the shelves, and virtual shelves, of all retailers brave enough to have it. Therefore, it has rarely been seen so far, but Huzzah News has been able to obtain a copy for the sake of reviewing this work of semi-literature.

Donald Trump Who Just Say Stuff imagines a world where the President of the United States is a shady businessman and reality TV star who says a lot of ridiculous things. This is not hard to imagine, as it is the truth, but in the world of the novel this president’s nonsensical statements have minimal impact on the political reality of the country, as demonstrated by this short passage from page 452:

Also, Congress rejected all attempts to de-fund community colleges out of hand, since community colleges are necessary and useful for those who need just a little bit more than a high school education, and also for those who need to prove themselves academically before attending a four-year college.  The ridiculous, reddish-orange rambler ranted and raved at his rejection, but this changed nothing because Donald Trump do not change stuff. He just say stuff.”

This is the only passage which will be included in the review, but the entire book is written in a similar style, with ample alliteration. If you are one of the few who is capable of getting tired of alliteration, then this book might bring you to your breaking point, but since most people love alliteration, the populace will probably be pleased with the prose.

The story, all 540 pages of it, takes the reader from the part where Donald Trump is recruited by Vladimir Putin to say stuff which will upset the American people and shake faith in the American political system, all the way to the point where Donald Trump is no longer able to say stuff as president due to fictional circumstances at the end of the story.

Donald Trump Who Just Say Stuff is a challenging read, as it appears to have undergone no editing whatsoever except for a quick spellcheck, but it is the opinion of this reviewer that reading the book is a less challenging and more pleasurable experience, by far, than experiencing the actual Trump Presidency. 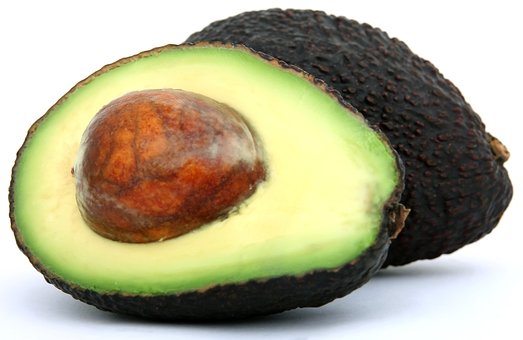 Not a picture of David Wolfe

Avocado Club leadership has been opposed to toast for a significant amount of time, ever since avocado toast gained a reputation as a favorite food of urban millennials, the people who allegedly chose to spend their money on things like avocado toast rather than saving up their cash to eventually invest in purchasing a home. According to the Avocado Club, from that point on toast was something which makes avocados look bad. And since David Wolfe, who has been putting “Avocado” in his name for years, makes avocados look bad, David Wolfe has been declared toast and is now being asked to remove the fruit from his name.

Ronnie Avocado (not his birth name), president of the Avocado Club, had this to say on the matter:

David Wolfe? More like AvocadNO! Yeah, yeah, it’s a bad joke, but not as bad of a joke as all this nonsense this fake avocado keeps trying to shove down our throats when our throats should be getting more delicious avocados. Like, how is anybody supposed to appreciate the savory flavor of the greatest sandwich fruit ever made when they are dead? Because if they get bad flu because David Notvocado told them some lies about mercury so they skip the vaccine, that’s how you get dead people.

And when you get the stomach flu because you drank some raw water full of all-natural e-coli, how much appetite for avocados are you going to have? Most likely none, and that’s how much respect we have for David “Toast” Wolfe.

People worship his every word like he’s some sort of holy man, like he’s some sort of guacamole man, but really he’s more of a toilet bowly man. If you can see me and believe in the realness of my being, then believe this: If David Wolfe keeps calling himself what he is not, then the Avocado Club will be forced to take this turkey to court. Where we may o’ may not take all his money. Okay, yeah, that’s enough. I’ll stop now.

At press time, the Avocado Club was debating whether to try to get the avocado, lettuce and tomato sandwich renamed to avoid association with the alt-right.

Also, incidentally, there is no record of anyone ever seeing Ronnie Avocado, but according to words on the internet he is apparently a real person.

Who needs a doctor when you can have this box?

In another cost-cutting procedure needed to pay for military parades or a wall or something super-important like that, the Trump Administration recently announced that low-income individuals and their families will no longer receive Medicaid benefits, instead receiving monthly “Doc Boxes” to help them with their medical needs.

These boxes will contain the following items in addition to ample packaging material:

—A thermometer. This is a simple way to tell whether you or your child needs to take a cold bath, assuming you live in a home with running water, or take an over-the counter fever reducer. The thermometer has been previously used and batteries are not fully charged, but you will get a new one next month anyway.

—40 tablets of generic Tylenol. This can help with ignoring headaches associated with the stress of being too poor to see a doctor, and might help with a fever as well. Make sure to conserve these tablets, however, because there won’t be any more coming until next month.

—80 tablets of generic Claritin. Whether your family needs it or not.

—Applesauce, rice, and toastable bread in case of a stomach flu. Also can provide some extra food in case the Harvest Box proves insufficient. You’ll have to get your own bananas, though, because those aren’t staying ripe for a month.

—1 cast and 1 sling. For dealing with sprains and breaks. If you need more than this, or can’t put the cast on without the help of a medical professional, or the bone is so severely broken that it needs more treatment than just a cast, maybe you should have thought of that before letting your kid climb a tree or jump on the bed while you were busy trying to figure out how to transform the contents of the Harvest Box into a meal for the night. Or frantically searching for a better job so you wouldn’t need to rely on these boxes. Whatever. Your complaints and excuses will be ignored. This is what you get from your not-at-all-socialist government, and that’s final.

—Generic Band-Aids and off-brand Neosporin to stop bacterial infections before they start. Because if they do start, there’s not much you’re going to be able to do about it.

Representatives from the Department of Health and Human Services have not responded to requests for comment about whether they are openly trying to kill poor people by doing this.