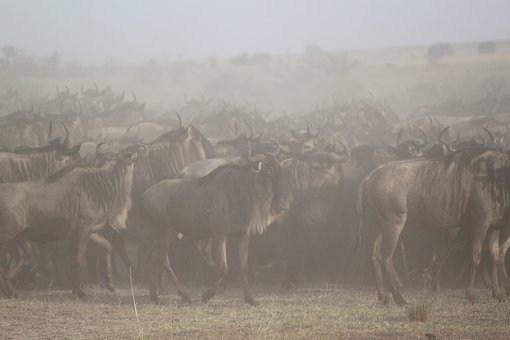 The scared, confused masses which are being blamed for the death of Mufasa and the crowning of Scar

The Internet – There has been much unrest in the Pridelands following the ascension of Scar to the highest position in the country, but self-proclaimed voices of reason have been doing their best to sway the protesters to stop complaining and accept their new King.

Those who have known Scar for a long time judge him to be an extraordinarily unpleasant person who they trust almost as far as they can throw him, and as he is a full-grown lion he is rather difficult to throw, but he is King and therefore the masses are begged to accept him for the sake of national unity and peace. The circumstances of his acquisition of the throne are deemed ridiculously suspicious by those who dare to speak out, considering the mysterious death of the previous king and the disappearance of Prince Simba, but Scar is King and as King he is unwilling to conduct an unbiased investigation into these matters, so there seems to be no point in doing anything about it.

The former king, Mufasa, was generally considered a strong yet fair and reasonable ruler, and there are doubts that Scar will fit any of that description, yet the restless masses are being told to ignore their fears and give Scar a chance. After all, the fact he has made a habit of hanging out with a bunch of hyenas over the years doesn’t mean he will reward the hyenas with political authority and enact primarily pro-hyena policies. For all the people know, Scar might no longer be involved with the hyenas at all. He might just have used them temporarily in order to gain the throne in a time-honored and traditional manner, and now that Scar is King he might kick out the hyenas any day now, and govern in the best interests of the Pridelands. At least he might be able to do so if all of these succession-disrespecting protesters stop their whining and let him lead.

According to some of the protesters, the ones who have not yet been torn apart by hyenas, Scar may not even really be interested in ruling at all. They say he is only in it to make himself rich, and might actually sit back on his pile of gold as the gluttonous hyenas destroy the country, but these protesters are being told they are overreacting. Outside of a few incidents, the hyenas have not caused any trouble in the first day of the Scar regime, and according to those urging peace it is imperative not to challenge the rule of this new king at this point in time, as doing so would make a mockery of the monarchy.

These anti-protesters insist they are doing so out of genuine concern for their political system, and not fear of retaliation by the new government if they are seen as sympathizing with the protesters.

Meanwhile, four thousand miles away in Agrabah, a similar anti-protest movement has taken hold proclaiming the legitimacy of Sultan Jafar, and insisting his rival Prince Ali may have been less than honest and therefore should not be considered the more trustworthy option no matter how many times Sultan Jafar is caught lying.