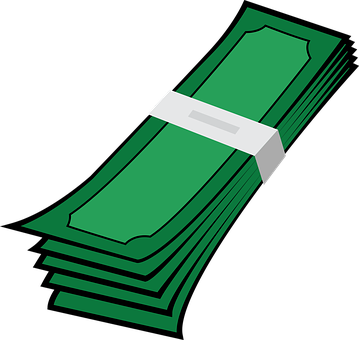 The Internet – Despite having made thousands of dollars per week in their free time performing unspecified data entry tasks, wealthy internet users continue to spread information about their success on random comment threads, and the rest of the world is thankful for this.

After reading articles reporting the divorce of a celebrity couple, most commenters tend to make statements along the lines of how disappointed they are that the couple broke up, or how much they dislike one or both of the celebrities involved, or how they are annoyed that what they expected to be a source of important information is devoting precious internet space to such dreck. Such comments tend to accomplish nothing except confirm the opinions of those with similar opinions, and produce outrage in those who were likely furious already and looking for an outlet to express their rage. Such commentary is of little interest to most people reading the comment threads, since most people are looking for advice on how they can make hundreds of dollars per day from home without any special experience or ability.

The people who make hundreds per day through totally legitimate and honest marketing channels, and most likely have over a million dollars through doing so for years, do not need to share the secrets to their wealth. In fact, logic dictates they would be better off not telling anyone the amazing-yet-simple secrets they’ve been using to amass such wealth, thus keeping a larger share of the profits, but in spite of this they look for places where they might be needed, and  then they go to those places and share what others need to know to also become rich.

Ariel Pursine, 32, one of the few moms from her area who has yet to invent an incredible trick to make money or lose weight or fix teeth, recently discovered a potentially lucrative website link while reading the comments on an article about a political controversy she no longer cares about. “I am so grateful to this person whose name I can’t remember,” she told TotesRealNews. “I think it might have been one of those names which looks like it can’t belong to an actual human being, but they probably used a fake name because they’re being modest and don’t want their real-life friends to be jealous about how rich they are. Anyway, I haven’t had a chance to go to the site yet, since I’ve been really busy with mommy stuff and Netflix has been coming out with some great stuff lately, but as soon as we finish watching that Queen Elizabeth show I’m definitely going to check the site out and make a lot of extra money for my family.”

Ms. Pursine has not been available over the past few days for a follow-up comment. Nobody who has taken advantage of internet millionaires’ secrets has been reachable for comment lately, most likely because they are too busy making boatloads of money. There are some people visiting Ripoff Report and elsewhere with less-than-glowing reviews of such money-making methods, but since the internet says that these money-making-methods are legit, the ones complaining must be troublemakers who have never tried to make lots of money working from home. That is totally what is going on here.